Picked up a lightly used Kriss Vector CRB beginning of the week down here in Tucson, Az for a decent price.  First time out had a few "issues" with it that most seem to be having.  Mine had light strikes, FTF, ejection issues and feeding issues.
Took it again to the range today after a good cleaning and a small modification.  I'm sure KRISS USA will not approve.  I read what others had done with the FTF, weak hammer spring and firing pin spring. I took the bolt apart and shortened the firing spring by about a 1/3. Reinstalled it and put the gun back together. The first time out I had around 10 FTF's in around a 100-150 rounds. Now a little about me, I have been reloading for 31+ years, been in Law enforcement for over 25 years and will retire in less than 3.  Been around guns a long time. The firing pin spring is way to strong as stated here in another post.  I would like to get my hands on a new hammer spring and maybe a new hammer because the wimpy hammer spring is part of the problem too. Today I put over 200 rounds through the gun, I had One (1) FTF, actually it was a failure to feed. I load on both a progressive and single stage. One JHP round had the bullet go in the a little off center and bulged the case. It wouldn't chamber. I had a few failures to feed but they popped up after the gun was good and dirty and they were near the end of the magazines. High cap Glock Gen 3 mags with the KRISS, chuck em! Mine would pop out of the mag well after two or three shots every time. Same for the Korean Mfg. Glock 26rd Magazine, KCI model 21 mags.  The Gen 4 worked just fine. I have a Gen3 13 round Glock and a Korean Mfg. Glock model 21 26rd Magazine, KCI if anyone wants them for a fair price

As for shooting today, I shot commercial cast 230 Gr RN's, Cast Lee 230 Gr Lead HP's, RCBS Cast LRN 230 gr, Plated FMJ's Copper jacketed FMJ's,  230 gr JHP's all over either 6 gr of Unique or WW231. I shot 200 Gr SW and Wolf 230 Gr FMJ's. All without any problems. I shot open sights at around 50 yds. After getting beat up by the low scope the other day I installed the Magpul MBUS I got in the deal.  I even did a few at a hundred standing, but the front sight covers the whole target stand at that distance. Fun little gun, I like it. I have a Sig Sauer Scope-CP1 Scope 3X Rail coming in a few days for the KRISS. Long range, it's not. 50-75 maybe even a 100 yds on jackrabbits it will be perfect and it's cheap to shoot. 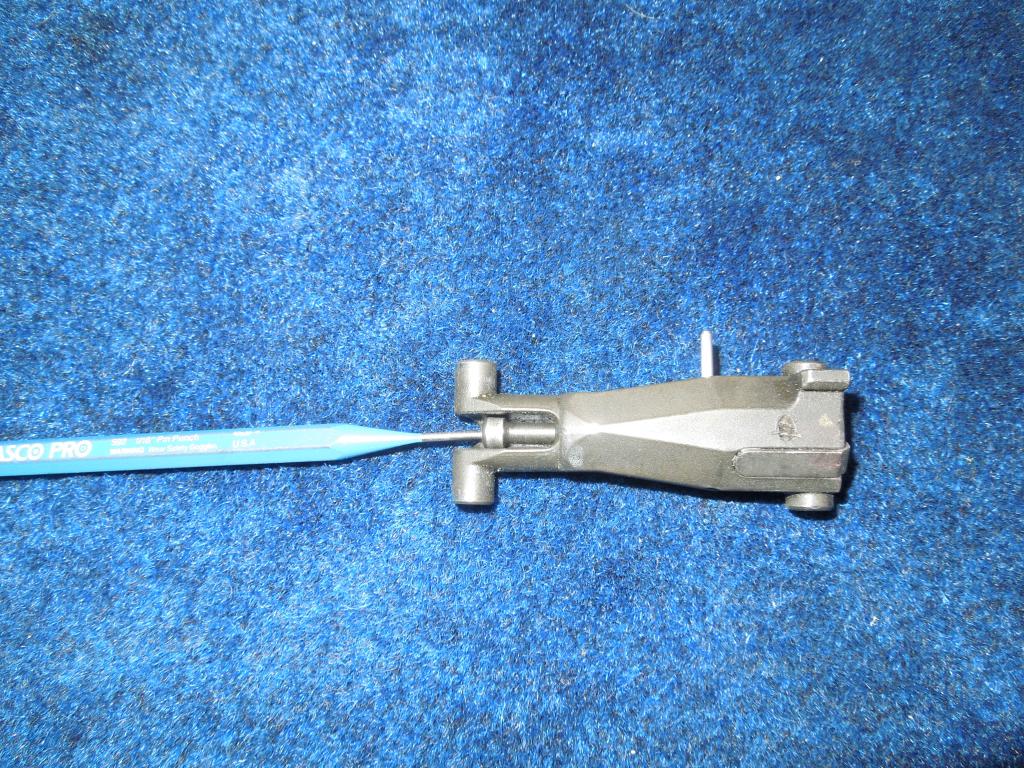 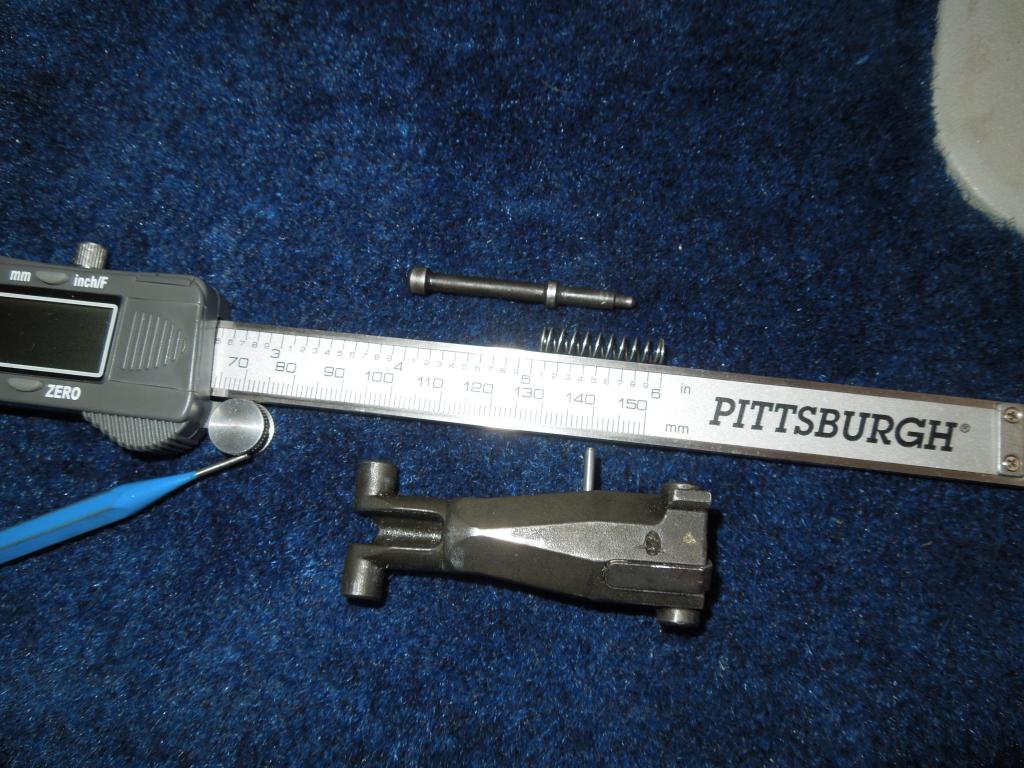 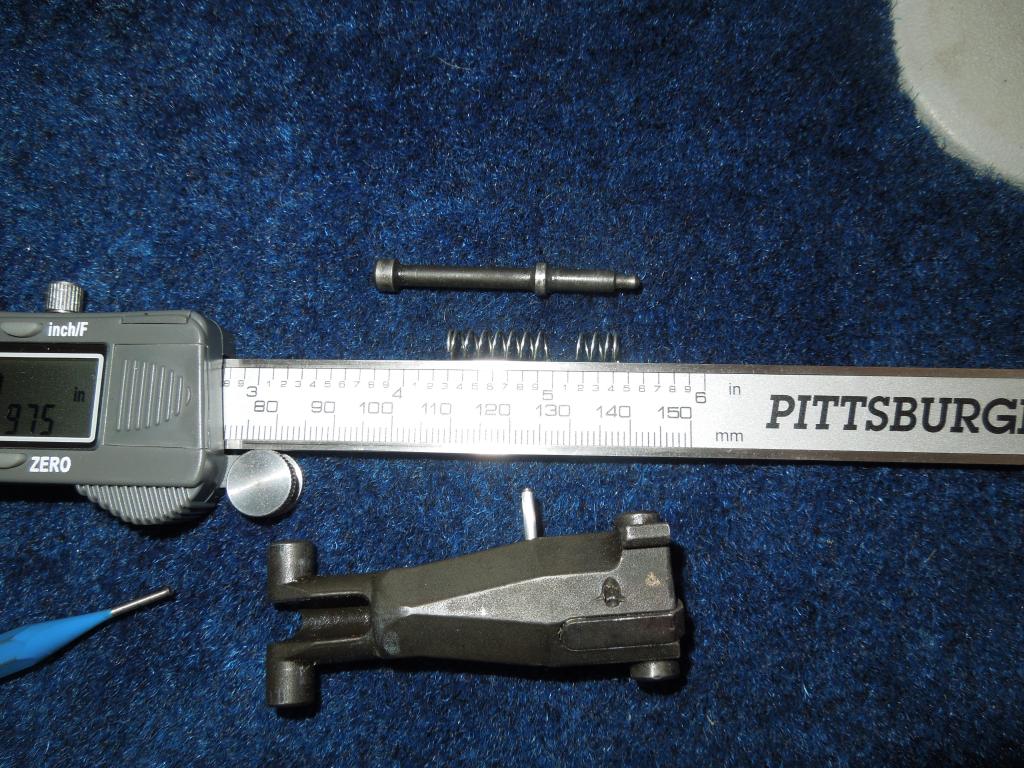 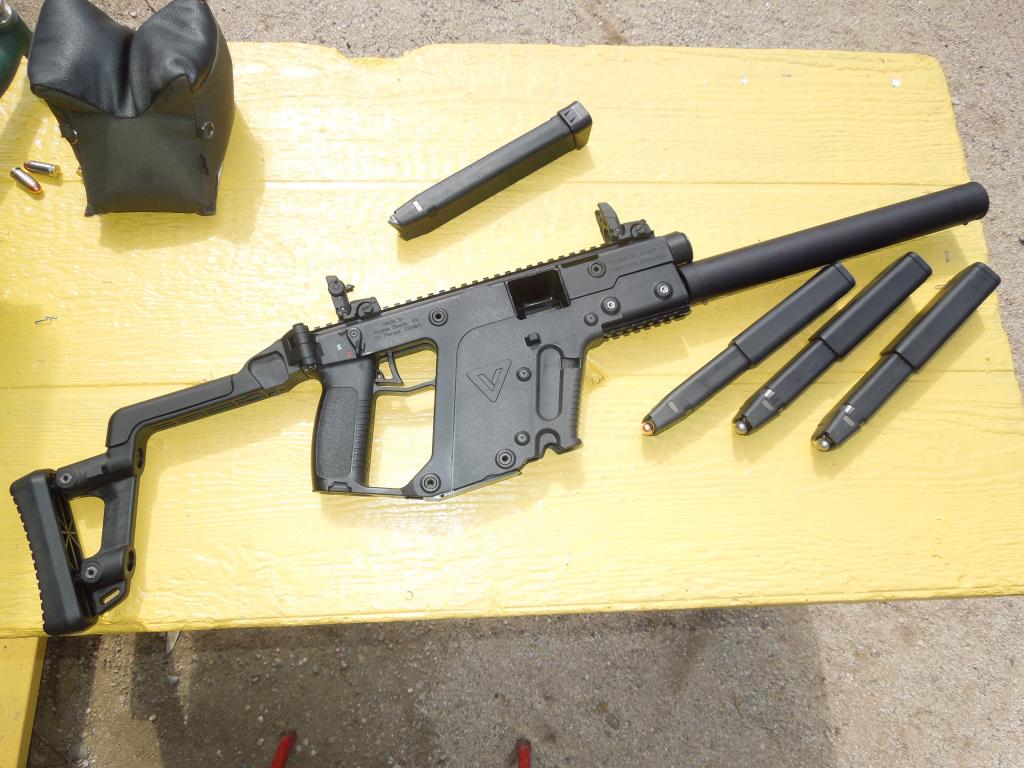 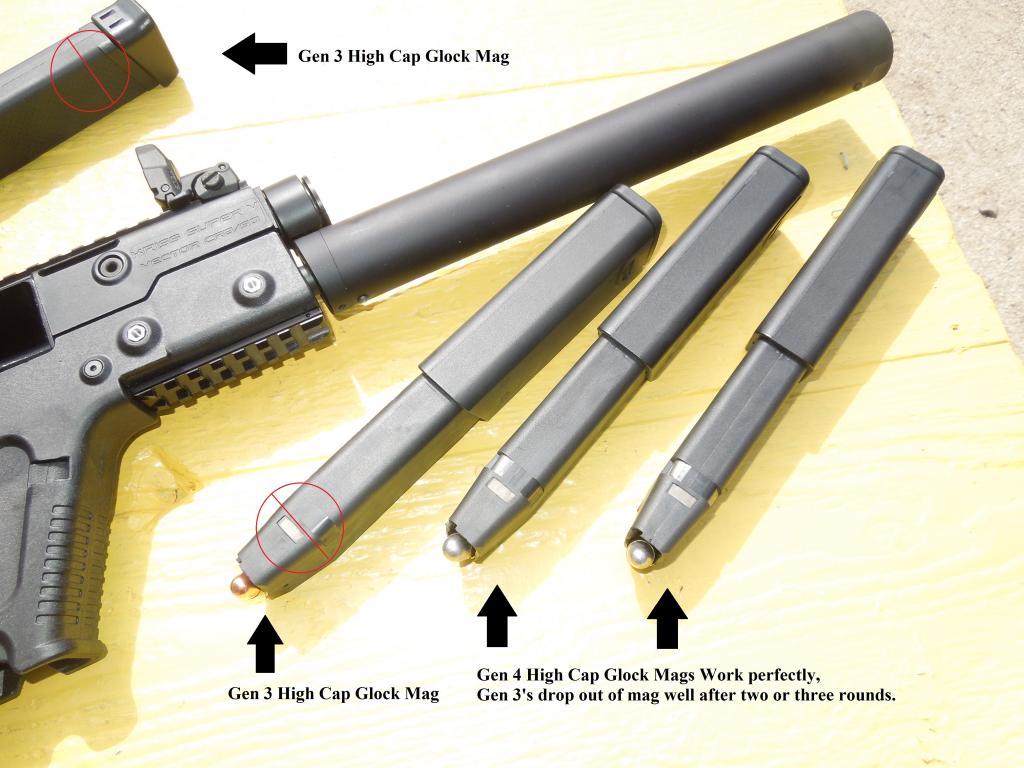 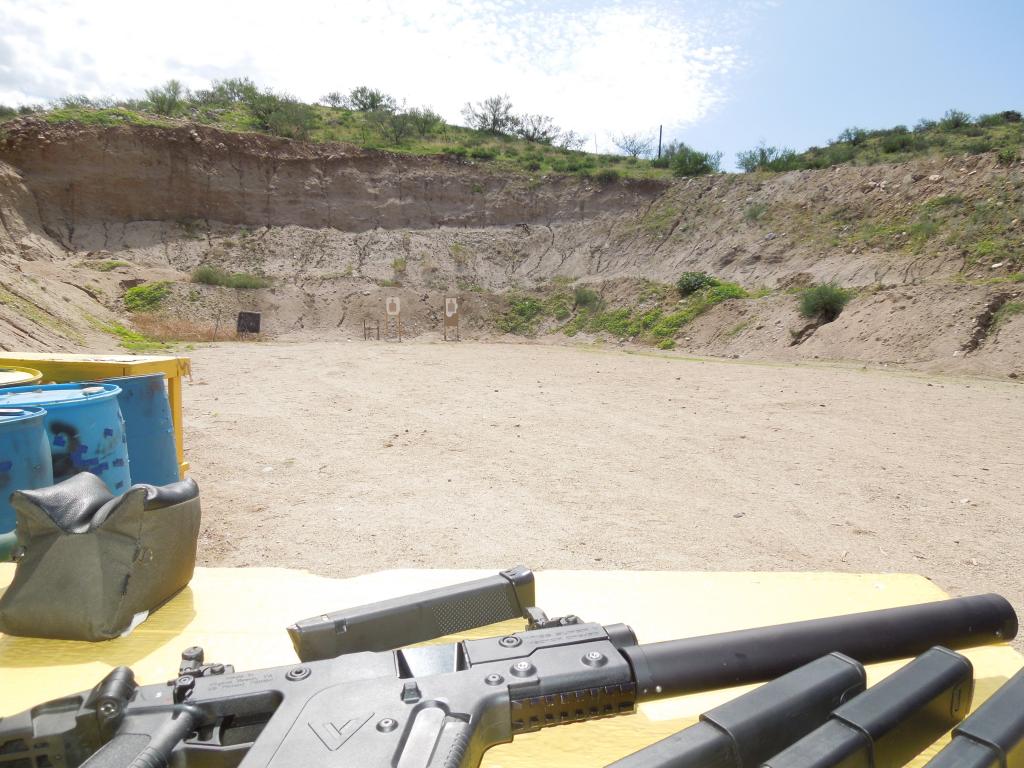 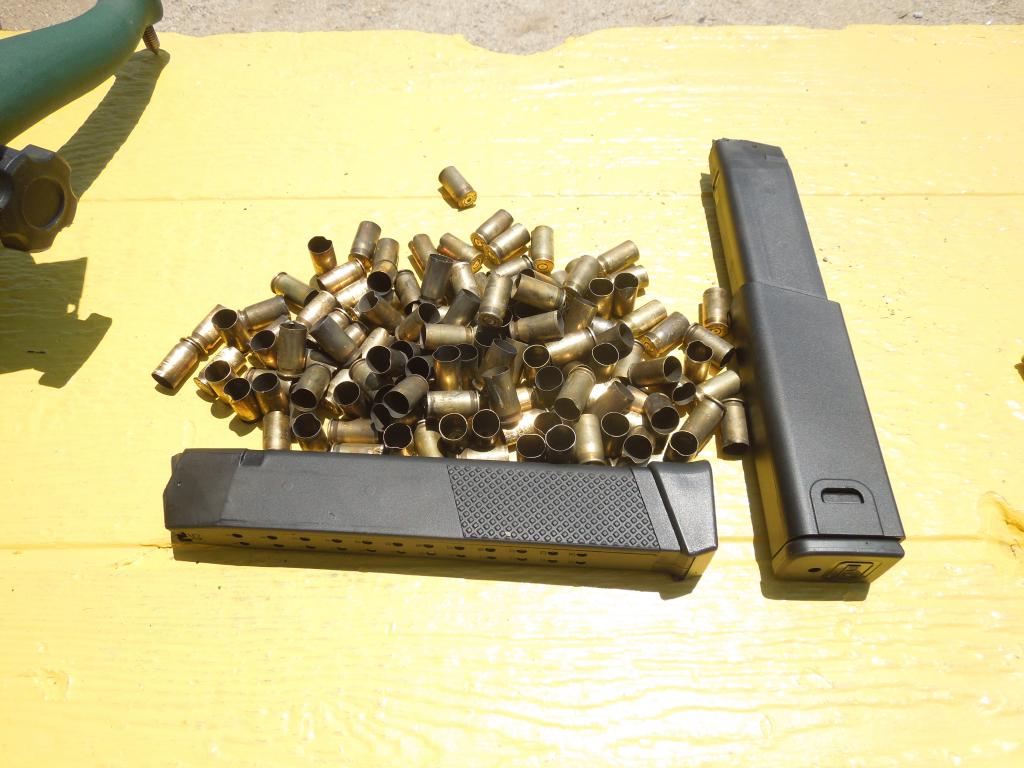 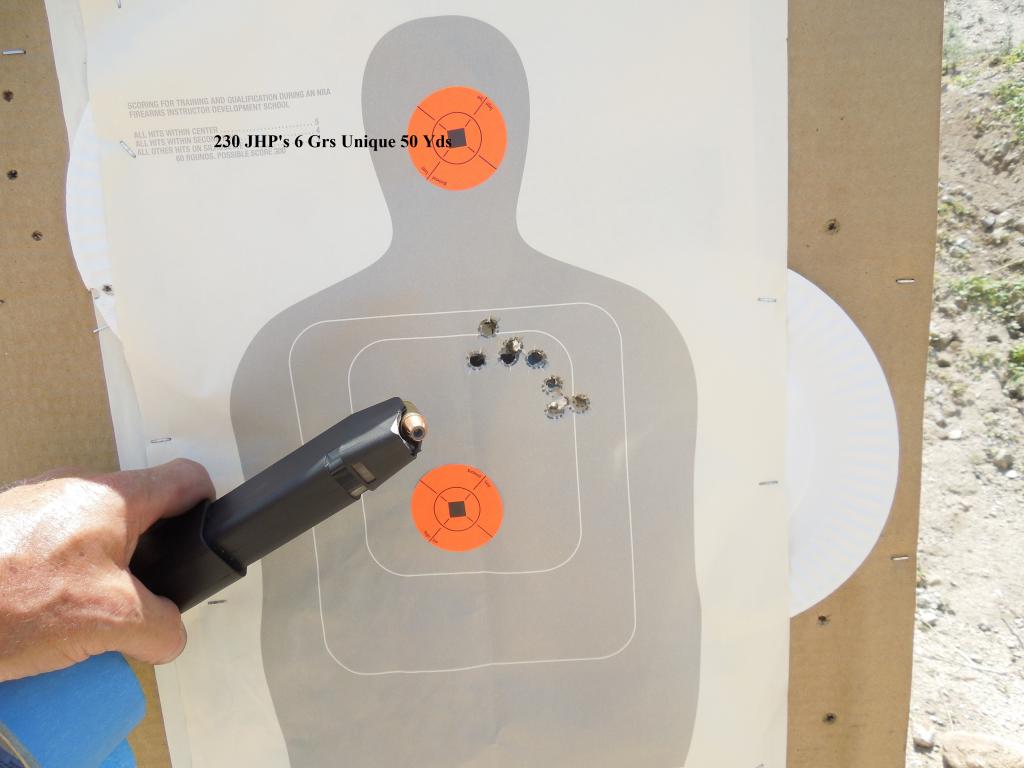 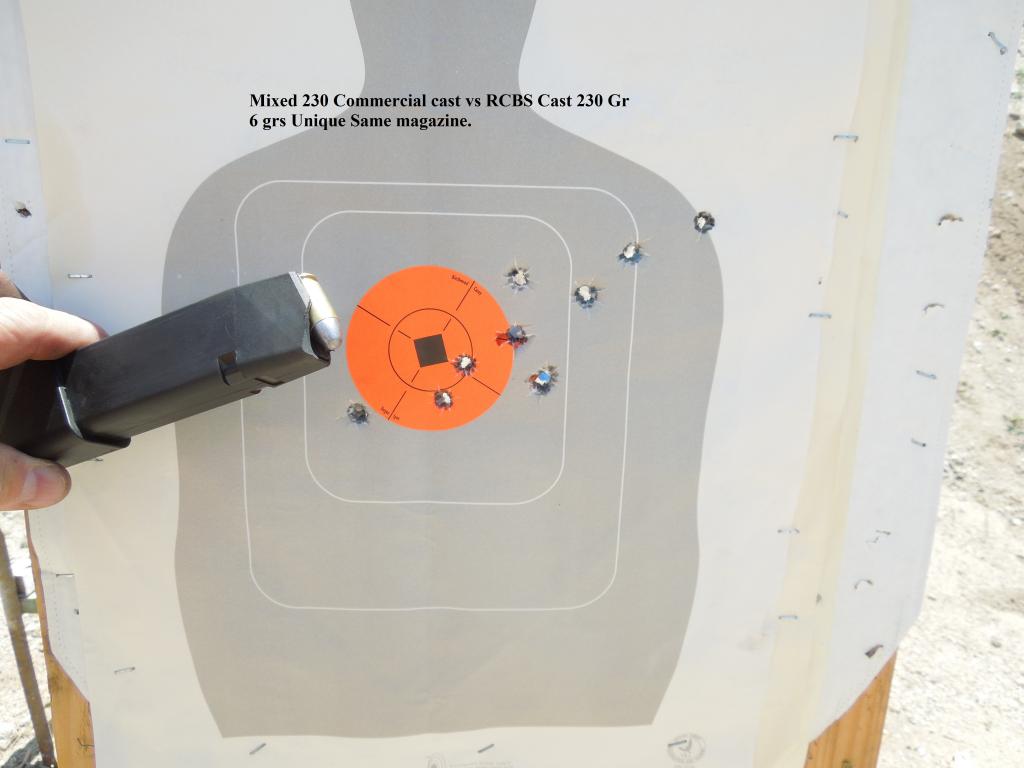 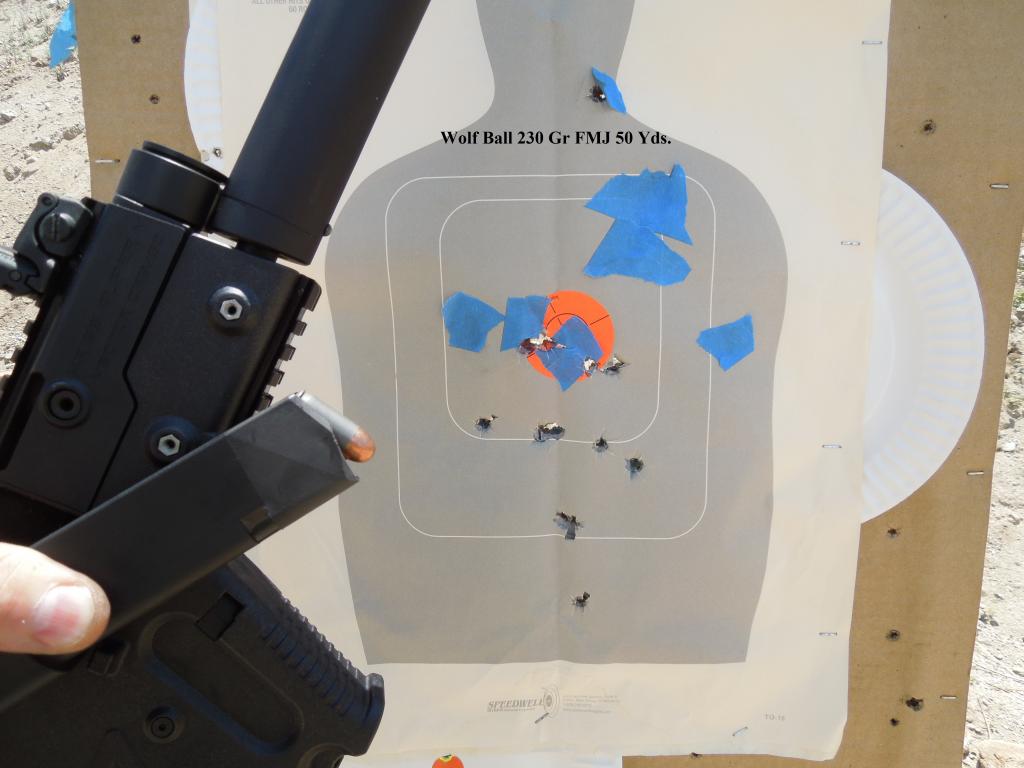 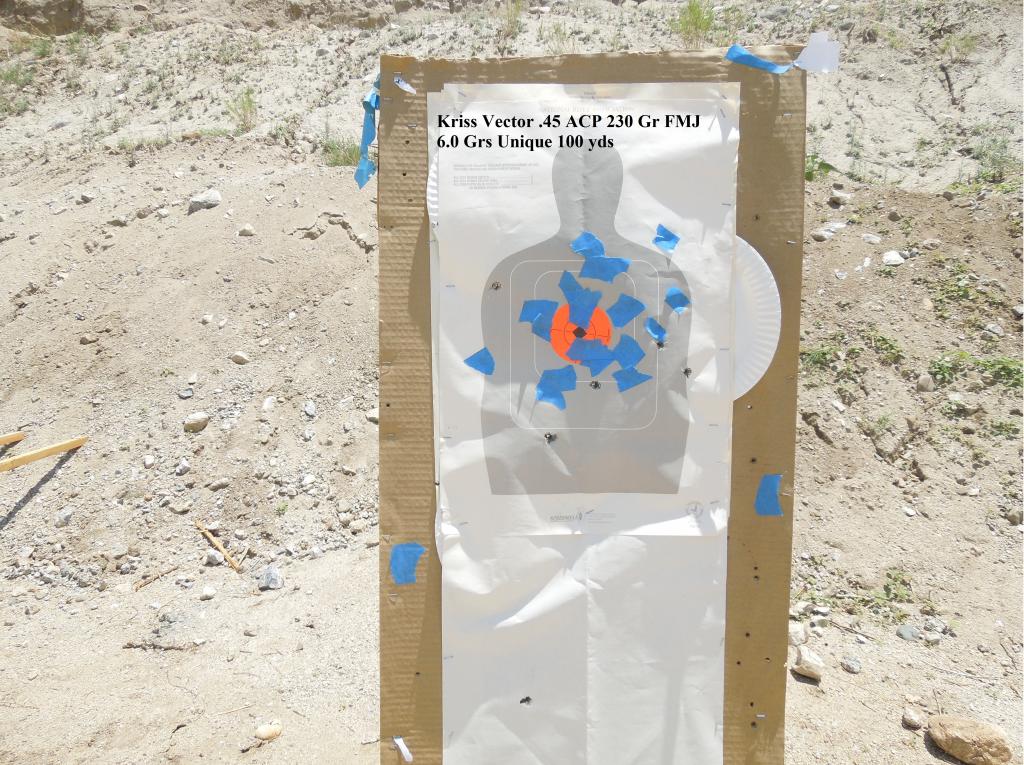 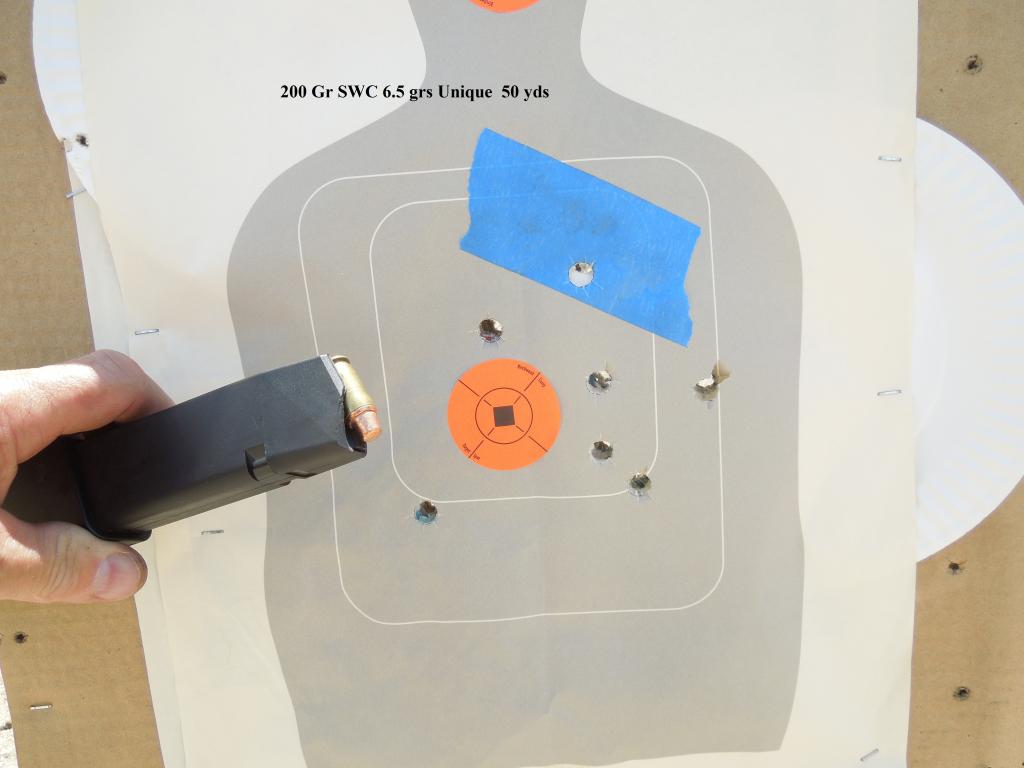 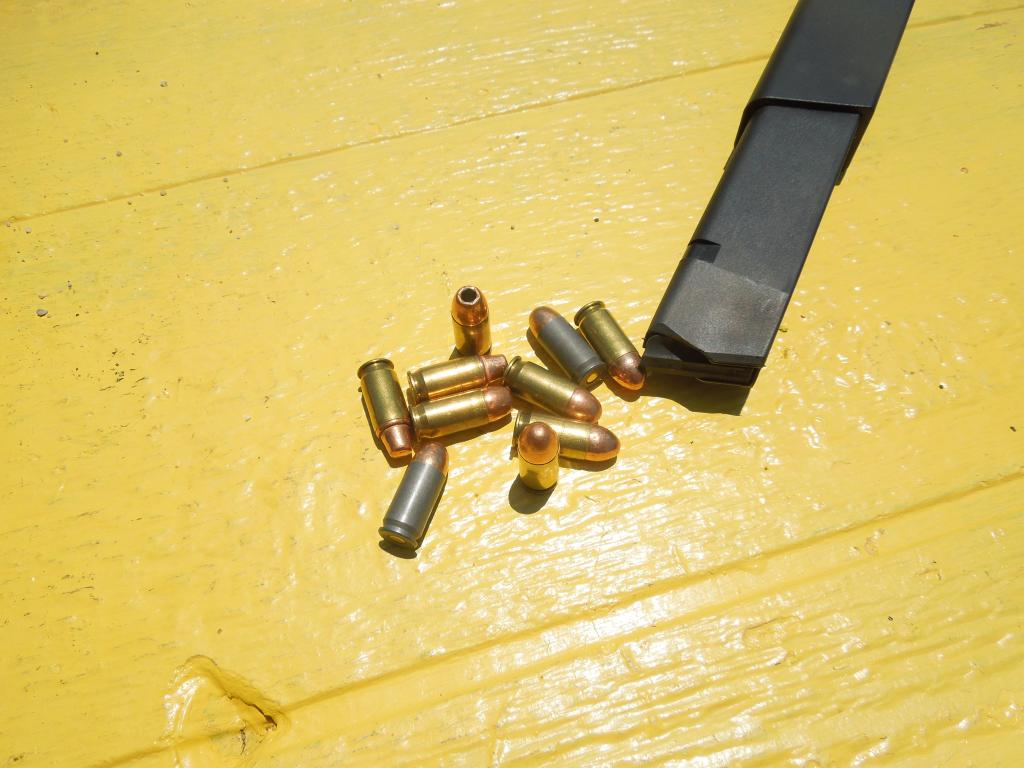 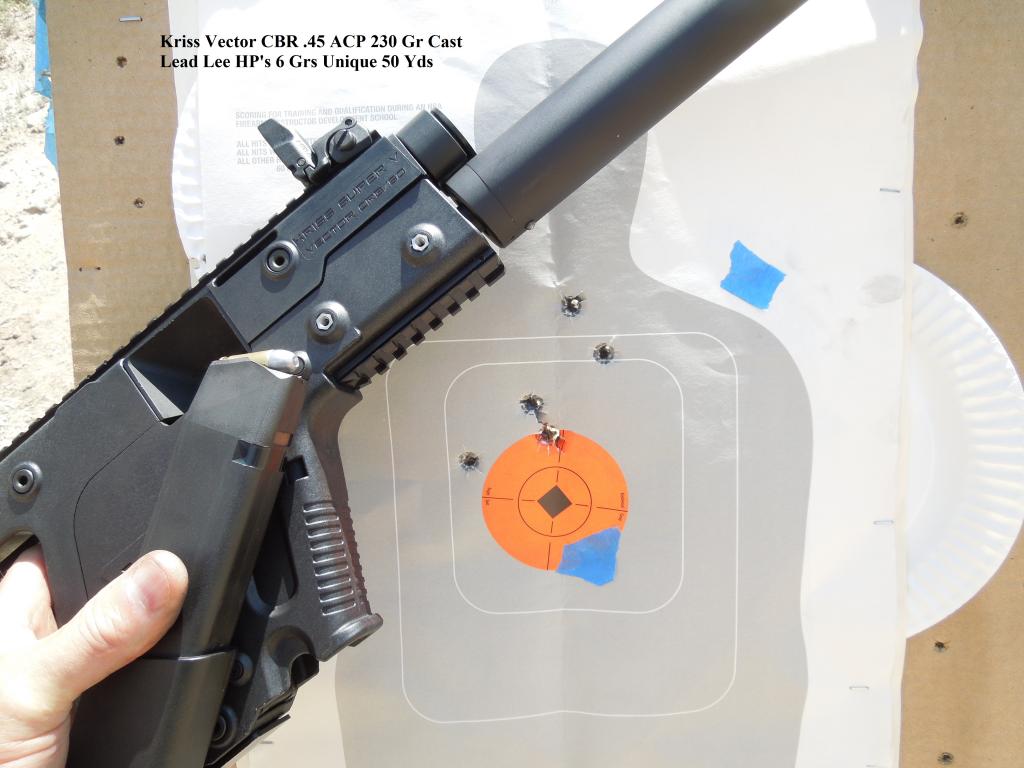 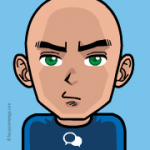