Not much love here... but at least the Cabella's system glitch that incorrectly applied the tax to the whole receipt has been identified and refunds to be handled. 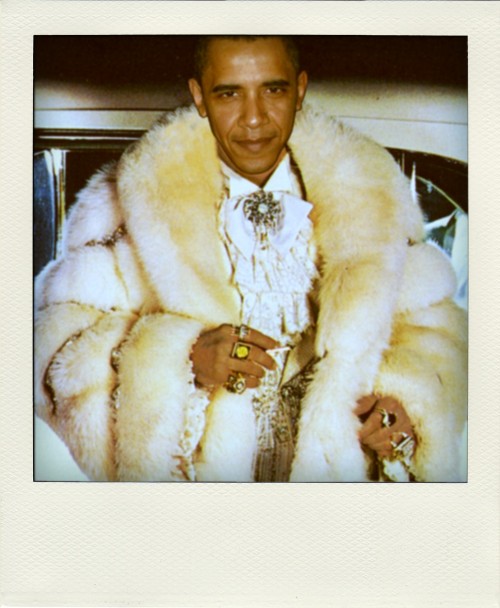 I wonder what kind of response I would get if I made that into a target and took it to the range, you know, just for practice?

MC BEAST wrote:I wonder what kind of response I would get if I made that into a target and took it to the range, you know, just for practice?

I suspect shooting at an image of the POTUS in public would get you some undesired attention.

Probably a bunch of other shooters asking where you got the target!

But seriously, don't do that.

just say you are practicing saving him from the taliban fighter, sadly, you need more practice, you keep hitting him. 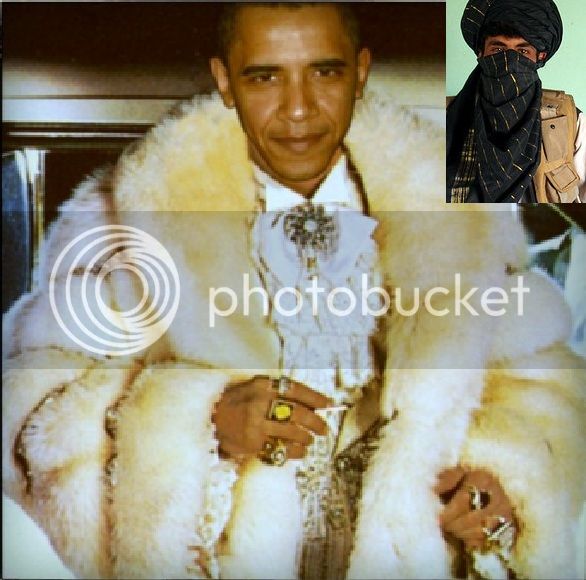 Kipp wrote:I think about him every time I take a dump

For those other occasions...

Silencerco obviously not a fan...
http://instagram.com/p/WAMCmZG4EW/

That makes me wanna drink a lot of beer 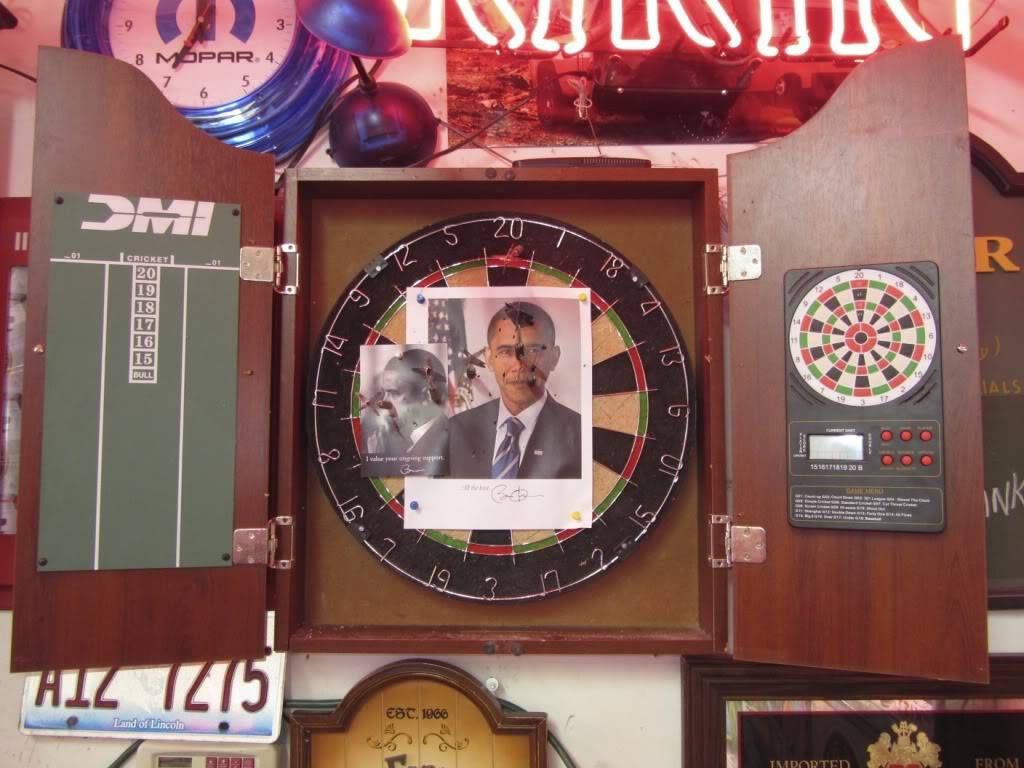 Makes sense to me

Looks like Ronald McDonald is packing a high capacity shot gun in the back ground , Shame on him

And I thought it was just me?


The other evening on my twitter, a person asked me why I didn't like the Obama's? Specifically I was asked: "I have to ask, why do you hate the Obama's? It seems personal, not policy related. You even dissed (disrespect) their Christmas family picture."


The truth is I do not like the Obamas, what they represent, their ideology, and I certainly do not like his policies and legislation. I've made no secret of my contempt for the Obamas. As I responded to the person who asked me the aforementioned question, I don't like them because they are committed to the fundamental change of my/our country into what can only be regarded as a Communist state.


I don't hate them per definition, but I condemn them because they are the worst kind of racialists, they are elitist Leninists with contempt for traditional America. They display disrespect for the sanctity of the office he holds, and for those who are willing to admit same, Michelle Obama's raw contempt for white America is transpicuous.


I don't like them because they comport themselves as emperor and empress. I expect, no I demand respect, for the Office of President and a love of our country and her citizenry from the leader entrusted with the governance of same. President and Mrs. Reagan displayed an unparalleled love for the country and her people. The Reagan's made Americans feel good about themselves and about what we could accomplish. His arrogance by appointing 32 leftist czars and constantly bypassing congress is impeachable. Eric Holder is probably the MOST incompetent and arrogant DOJ head to ever hold the job. Could you envision President Reagan instructing his Justice Department to act like jack-booted thugs?


Presidents are politicians and all politicians are known and pretty much expected to manipulate the truth, if not outright lie, but even using that low standard, the Obama's have taken lies, dishonesty, deceit, mendacity, subterfuge and obfuscation to new depths. They are verbally abusive to the citizenry, and they display an animus for civility.


I do not like them, because they both display bigotry overtly, as in the case of Harvard Professor Louis Gates, when he accused the Cambridge Police of acting stupidly, and her code speak pursuant to now being able to be proud of America. I view that statement and that mindset as an insult to those who died to provide a country where a Kenyan, his illegal alien relatives, and his alleged progeny, could come and not only live freely, but rise to the highest, most powerful, position in the world. Michelle Obama is free to hate and disparage whites because Americans of every description paid with their blood to ensure her right to do same.


I have a saying, that "the only reason a person hides things, is because they have something to hide." No president in history has spent over a million dollars to keep his records and his past sealed.


And what the two of them have shared has been proved to be lies. He lied about when and how they met, he lied about his mother's death and problems with insurance, Michelle lied to a crowd pursuant to nearly $500,000 bank stocks they inherited from his family. He has lied about his father's military service, about the civil rights movement, ad nausea. He lied to the world about the Supreme Court in a State of the Union address. He berated and publicly insulted a sitting Congressman. He has surrounded himself with the most rabidly, radical, socialist academicians today. He opposed rulings that protected women and children that even Planned Parenthood did not seek to support. He is openly hostile to business and aggressively hostile to Israel. His wife treats being the First Lady as her personal American Express Black Card (arguably the most prestigious credit card in the world). I condemn them because, as people are suffering, losing their homes, their jobs, their retirements, he and his family are arrogantly showing off their life of entitlement - as he goes about creating and fomenting class warfare.


I don't like them, and I neither apologize nor retreat from my public condemnation of them and of his policies. We should condemn them for the disrespect they show our people, for his willful and unconstitutional actions pursuant to obeying the Constitutional parameters he is bound by, and his willful disregard for Congressional authority.


I could go on, but let me conclude with this. I condemn in the strongest possible terms the media for refusing to investigate them, as they did President Bush and President Clinton, and for refusing to label them for what they truly are. There is no scenario known to man, whereby a white president and his wife could ignore laws, flaunt their position, and lord over the people, as these two are permitted out of fear for their color.


As I wrote in a syndicated column titled, "Nero In The White House" - "Never in my life, inside or outside of politics, have I witnessed such dishonesty in a political leader. He is the most mendacious political figure I have ever witnessed. Even by the low standards of his presidential predecessors, his narcissistic, contumacious arrogance is unequalled. Using Obama as the bar, Nero would have to be elevated to sainthood... Many in America wanted to be proud when the first person of color was elected president, but instead, they have been witness to a congenital liar, a woman who has been ashamed of America her entire life, failed policies, intimidation, and a commonality hitherto not witnessed in political leaders. He and his wife view their life at our expense as an entitlement - while America's people go homeless, hungry and unemployed.”