What's your load data on those hand loads?

Those were 230gn FMJ's from Zero loaded with 6.3 grains of AutoComp  col was 1.240. Winchester small primer brass. They run about 760fps over the chrono.

What state does he reside in?

That's the thing about a quality firearm like the KRISS,it is amazingly accurate and fun gun to shoot. Nice groups.

Everyone needs a Kriss SBR. Way too much fun to shoot.

You can also get the plastic cut and the metal engraved underneath. That's what I did. The metal is extremely hard though and not the easiest to engrave.

i need help desperately. Kriss is telling me that my engraving that is exactly in the same place as the above picture is not authorized. Can anyone please help me. They are saying that it has to be in metal not polymer.

In the picture above, the plastic is cut away and it is engraved into the metal. I'm no attorney, but my understanding is that the engraving should be in metal.

the problem is that the aft firearms guideline doesn't say it has to be in metal. secondly kriss usa voids your warranty if you use the wrong ammo. i can't imagine that if for some reason while trying to mill out the spot for engraving that the frame was cracked/broken that they would cover this.

They told me they void the warranty if you convert it to an SBR yourself. The only way to keep the warranty is to send it to them to do the conversion on a Form 4 as far as I know. I think that the ATF generally considers engraving in plastic to be easily removed and that is the reason you should make every effort to engrave in metal.

i am not doing the conversion. i am trying to send it to them. What has everyone done?

If they are doing the conversion on a form 4, you don't have to engrave.

That would be them repairing the damaged endcap that you messed up when you made the SBR, since as a form 1, you are the maker of the firearm. You'll need to engrave in a way they will accept. I recommend calling them and talking to support. Their support has been excellent in my experience.

KYLiberty wrote: I think that the ATF generally considers engraving in plastic to be easily removed and that is the reason you should make every effort to engrave in metal.

removing from metal isnt easy? takes 10 seconds with a dremel.

how do you think they do it on a polymer AR lower?

these guys are strict on adhering to ATF regulations.

** Please include a sample of the text to be engraved in your initial email.

- The location shown below is the primary location we engrave the HK USC with SBR markings.

- The SBR markings will be centered in a box to match the original HK layout.

** Please field strip the receiver prior to sending it to us for engraving.

- The plastic receivers will leave a light plastic burr. These will need to be removed by the customer

BATFE has already answered that question in the NFA Handbook they publish:

Section 7.4 The identification of firearms.

7.4.1 Serial numbers. Each manufacturer of a firearm must legibly identify it by
engraving, stamping (impressing), or otherwise conspicuously placing on the firearmâ€™s
frame or receiver an individual serial number not duplicating any serial number placed by
the manufacturer on any other firearm.120 The requirement that the marking be
â€œconspicuouslyâ€ placed on the firearm means that the marking must be wholly
unobstructed from plain view. The serial number must be placed in
a manner not susceptible of being readily obliterated, altered, or removed,
and must not duplicate any serial number placed by you on any
other firearm. For firearms manufactured on or after January 30, 2002,
the serial number must be to a minimum depth of .003 inch and in a print size no smaller
than 1/16 inch.

7.4.1.1 What is an acceptable serial number? Alpha characters (letters), for
example a name, are not acceptable as a serial number. A proper serial number
may contain such characters or letters, but it must have at least one numeric
character (number). ATF takes the view that marking â€œlegiblyâ€ means using
exclusively Roman letters (A, B, C, and so forth) and Arabic numerals (1, 2, 3,
and so forth).121 Deviations from this requirement have been found to seriously
impair ATFâ€™s ability to trace firearms involved in crime.

(1) The model, if such designation has been made;

(3) The manufacturer's name (or recognized abbreviation); and

(4) The city and State (or recognized abbreviation) where the manufacturer
maintains its place of business.122

the serial number is already on the metal cut-out part of the stock.  the rest is considered additional info.

You don't have to wait anymore now that the m4 stock adapter is out. Here is my SDP to a poor man's SBR: 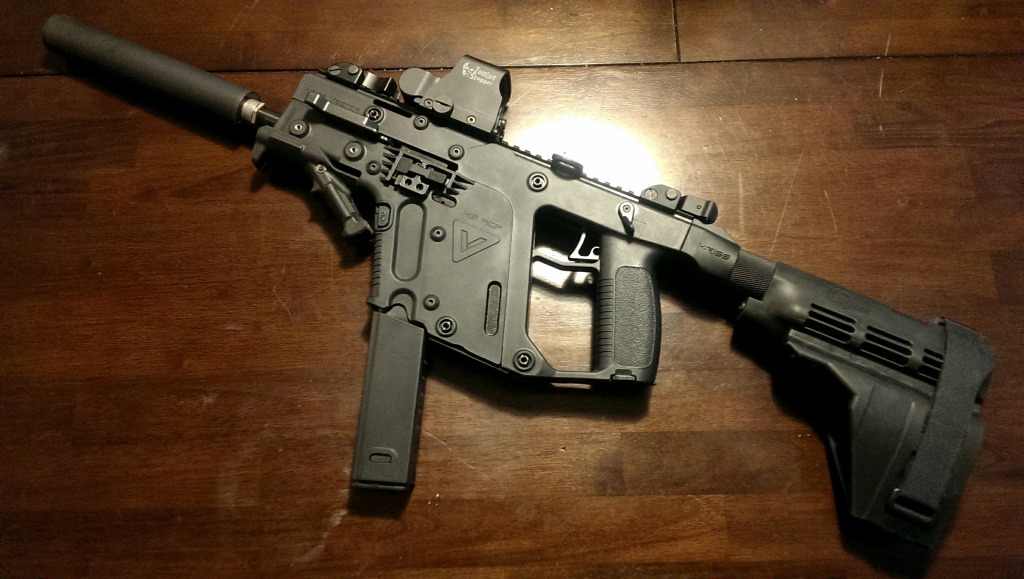 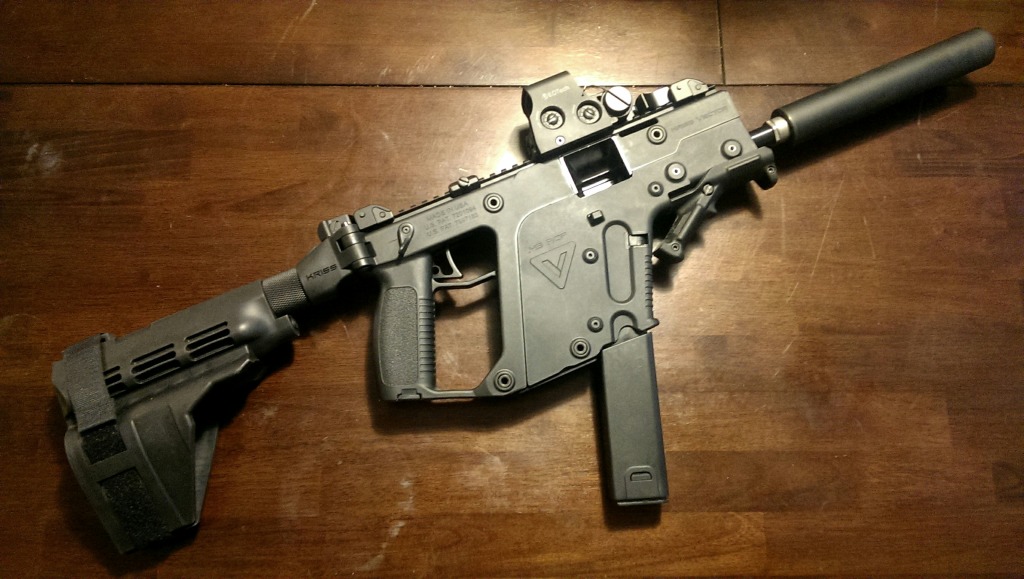