Rethreading the SDP barrel with pics

Rethreading the SDP barrel with pics

If you own any .45 caliber handgun made in the U.S., or any 45 carbine chances are it is threaded in the US standard pitch of .578-28. Pistol suppressors for 45 ACP handguns come standard with .578x28 threads and also most muzzle accessories for 1911 and other 45 pistols come in the standard .578 thread as well. I found it odd that Kriss would use the metric threads of M16 left hand similar to the HK design.

I am currently waiting on my stamp to arrive for my AAC Ti-Rant 45 suppressor, and guess what, the Ti-Rant 45 comes with .578x28 threads and won't fit the Kriss. The best 45 suppressor in Americas market won't fit one of the most innovative 45 ACP guns......blasphemy! I know that AAC offers replacement pistons for their suppressors to fit the odd metric M16 thread but what a hassle that would be to be shooting my Glock 45 and have to take apart a hot silencer to swap the pistons to shoot my Kriss suppressed. I searched all over the net and found a guy that was willing to try an experiment on my Kriss.

Apparently according to the machinist who did the job, the M16 thread minor diameter is larger than the .578 major diameter so in theory all you would have to do is cut the M16 threads flush and recut new .578 threads under them.....in theory. The problem is that the Kriss barrel cannot be removed from the frame to put in a lathe to accomplish this.....enter genius machine shop. Make a jig to hold the Kriss frame and spin the jig in the lathe. Dial it in center and concentric and get to work. Well, I found a guy willing to try it, call me a beta tester I guess but it worked. It worked beautifully! I send my $1600 SDP to this fella and had it back in two weeks. It took a while because he had to manufacture the mentioned jig. The end result were beautifully cut .578 threads on my Kriss SDP barrel while maintaining the factory length and crown.

I've discussed the option of whoring this service to Kriss owners with the machinist and until I get his OK will not distribute his information, y'all can understand that I hope, but I just had to show off.


There's a ton of reasons to consider this conversion:
If you shoot a suppressed Glock it 99% of the time will have .578 threads so you can quickly swap suppressors between hosts.
If you have an FNP 45 Tactical (like me) it is threaded .578 also, quickly swap suppressor between hosts again.
If you have a threaded 1911 and shoot it suppressed or use threaded compensators they're gonna be .578
If you want more options for muzzle devices/compenstors/flash hiders for your SDP or Kriss Carbine the .578 threads will open up a ton of options for you.
.578 threads are American!
M16 threads are not American....haha
Most all American 45 suppressors and 45 muzzle devices are threaded .578

I've included some pics of the end result that I received in the mail today.

The new .578 threads with a nice beefy shoulder 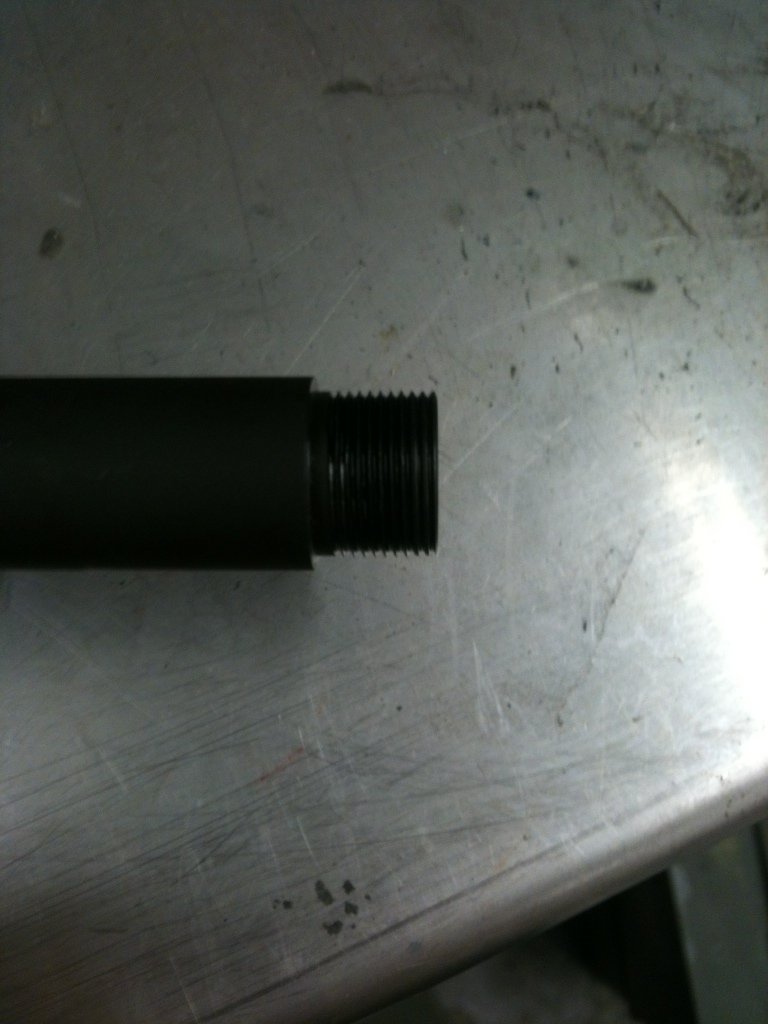 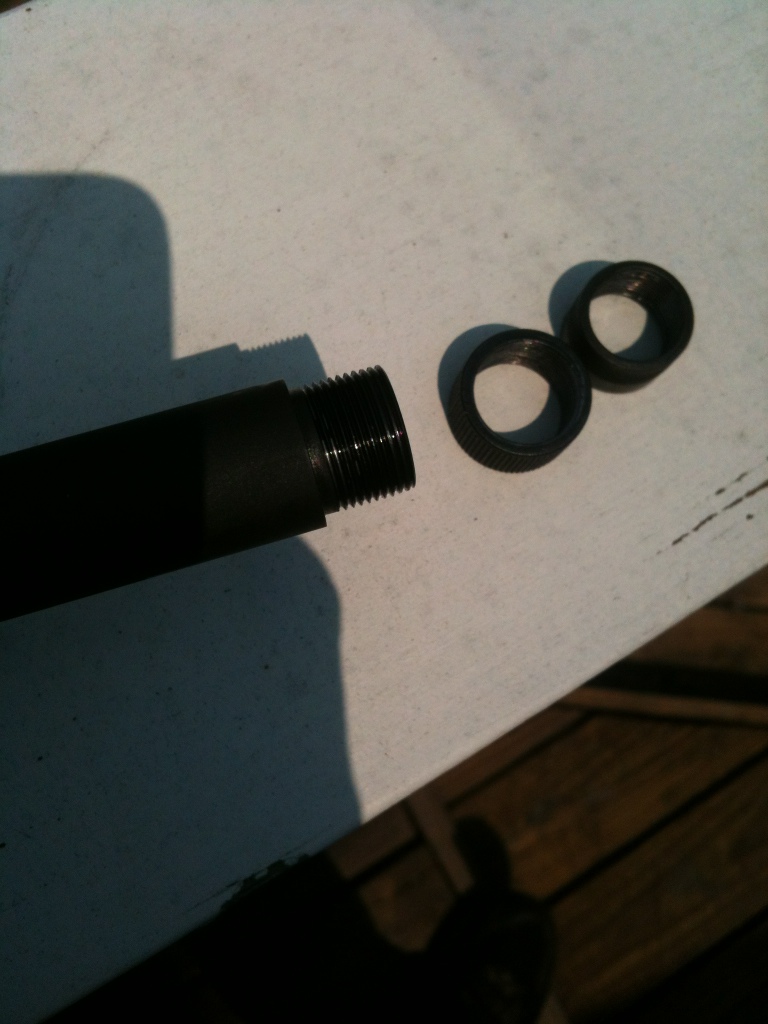 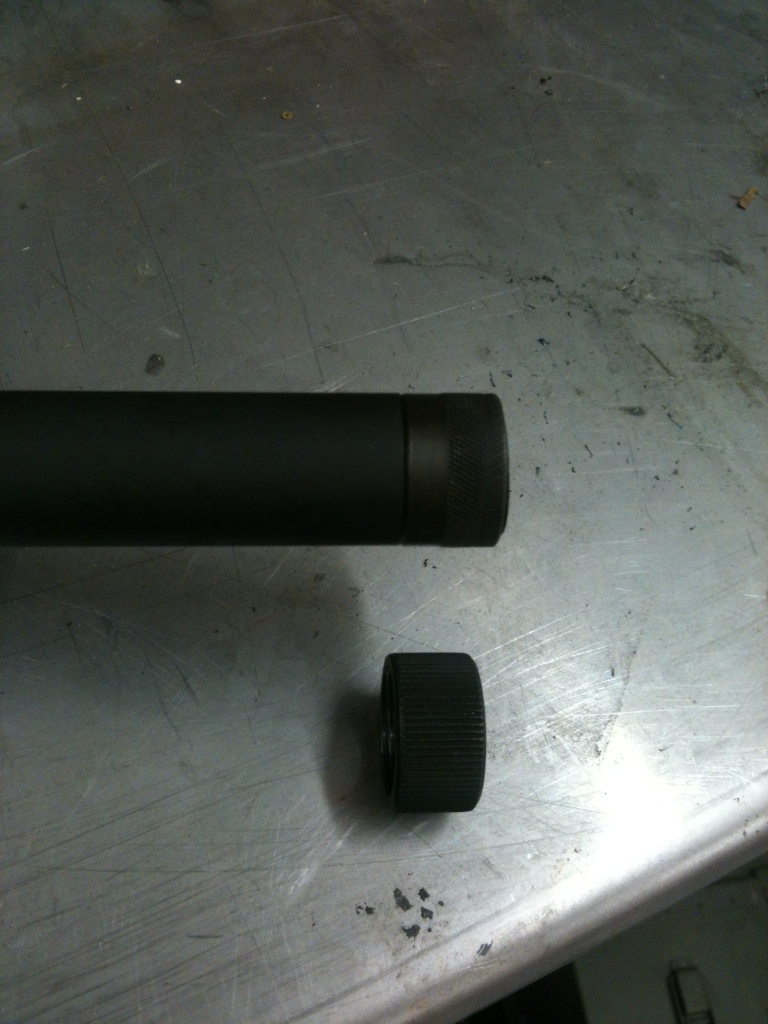 In this pic I swapped the thread protector from my FNP 45 Tactical over to my Kriss barrel and vice versa to make sure the threads were compatible, and guess what they're exactly the same. 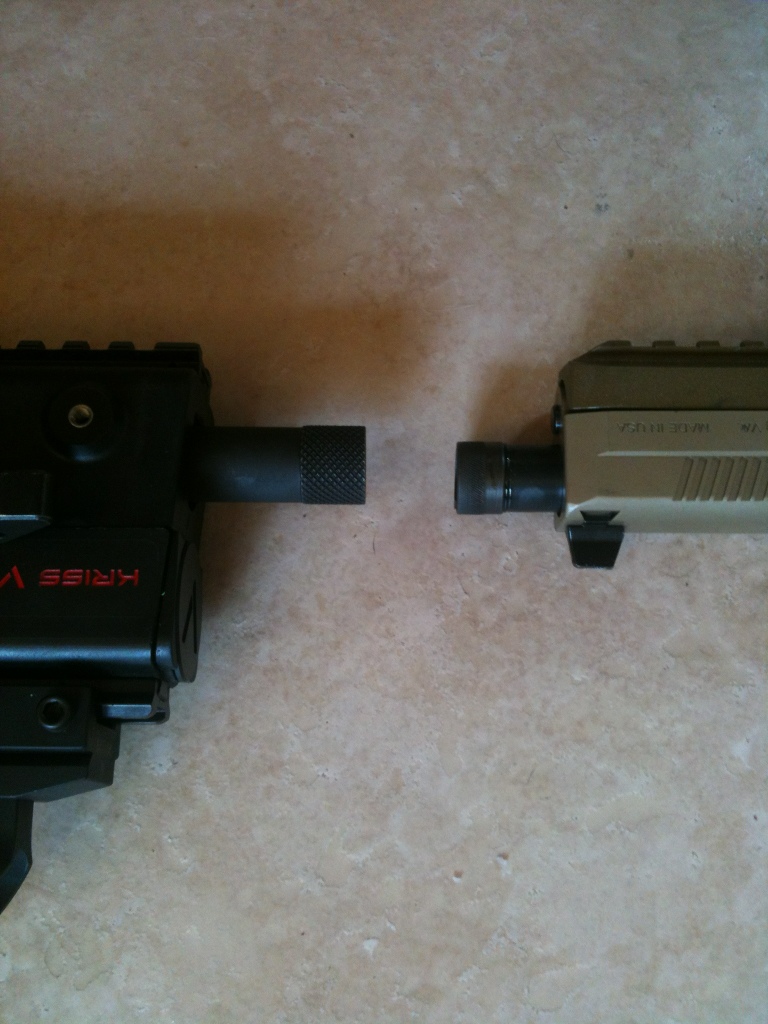 In ending, I would like to apologize for the long post but I'm just super excited about this. I can't wait for my suppressor to get here, until then I'm heading to the gun shop to try the suppressor out in person and I'll post a follow up on that. Once I know for sure that the thread conversion worked and once I get the machinist OK I'll distribute his info to anyone who may want to take advantage of this service....


P.S. its been 3 months since I submitted my Form 1 to SBR my SDP and its been 5 months on the Form 4 for the AAC 45 suppressor....someday

Nice! wish they just had it threaded like every other normal American company from the factory! you can only imagine my dismay when I finally got my SBR and Osprey from the dealer only to realize I needed a different piston...

Any idea what this does for the factory warranty?

The guy that did mine has stated that, and I quote:

"Your receiver was very helpful with my fixture design. If anyone is interested in the thread conversion I will be glad to help. I charge $135 if the customer sends the barreled receiver, this includes insured returned shipping."

I must say that I am very satisfied with the work performed. He doesn't shorten the barrel and retains the factory shoulder and crown on the muzzle as well as a new fitted thread protector and refinishing of the new threads to match the barrels factory finish. 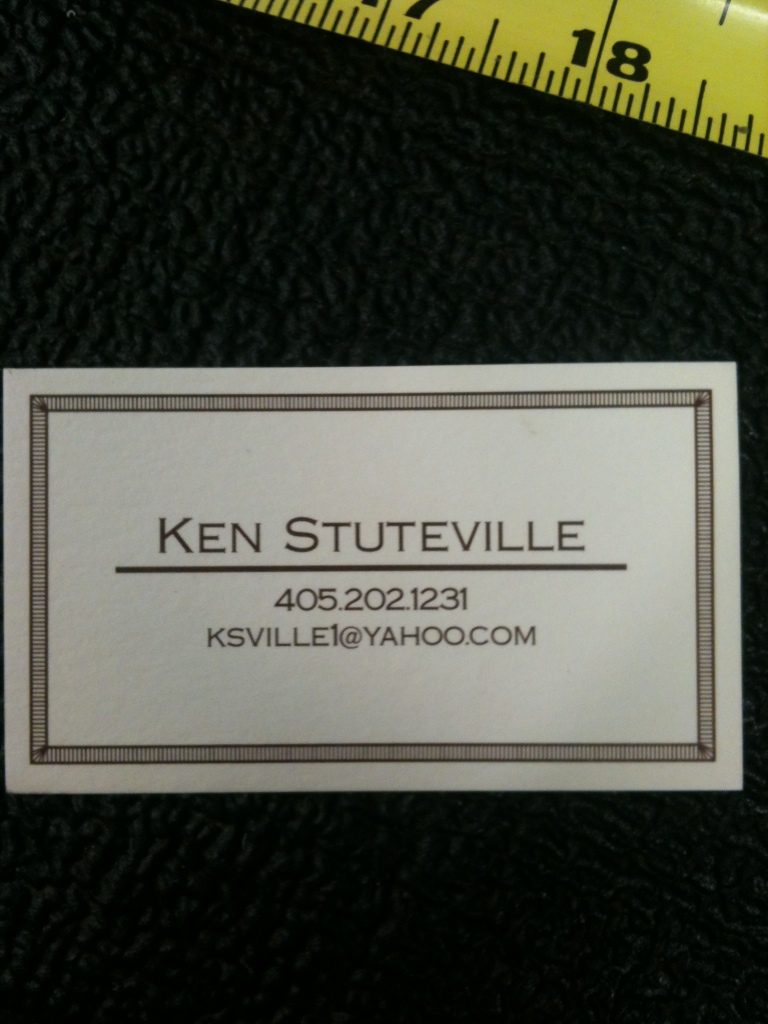 thanks for the info beltfed

Similar topics
» Just got a TDI marked crb/so with 5.5" barrel and no stock. Was the barrel cut down? Will it explode? Should I sell?
» Pics of new toy!!!
» Anyone here ever buy a barrel from KRISS?
» Vector Sling
» SDP rear sling mount block delete + DIY Vector quick release sling pin