I want to send a direct e-mail to someone senior at Kriss USA regarding my feed issues. Anyone have a name and email address that I can use? Thank you guys.

whats your feed issue? maybe the knowledge here can help. 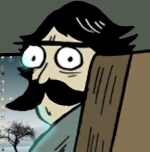 First, my gun was purchased about mid-2011 brand new. This is a weekend range gun, and usually we run through the 6 extended magazines twice. I breakdown and clean/lube the Kriss after each use.

This first issue has happened since the gun was new, as pretty often the round does not fully chamber (goes in around 1/2 way). This is usually on the first round when you engage the bolt release forward. I rack out the round, and usually the next round does fully engage.

The next issue started last weekend, after shooting some shots, the next fully chambered round does not shoot when pulling the trigger. After racking the round out the next round shot usually, but I did have this happening on back-to-back rounds.

I saw in some posts the mention of a new stiffer recoil spring. So I wonder if that could be the solution to some or all of my problems. Look forward to hearing from you guys.

I had the first problem with a full 30 rd mag. I load 25 or a standard 13 rd. mag and the problem seemed to disappear.

forgot to mention, mine is roughly 3 yrs old.

I bought the fully assembled 25 round magazines from Kriss. I usually just load 20 rounds.

I had a similar probelm when I first got mine, took it to a personal friend who is a gun smith, he looked it over and said try one of these. http://shopwilsoncombat.com/Chamber-Cleaning-Tool-45-ACP/productinfo/424%2C45/

He said what happpens there is chamber build up that may not come out when you run the normal cleaning brush through the chamber, it basically bakes the carbon to the interior of the chamber making it smaller and tighter. This brush is made and sold by one of the top 1911 builders and has worked for me and will not damage the chamber if used correctly, even though it has stainless steel brushes. It is used by alot of top shooters who shoot .45, .40 and .38 super.

No guarantee it will work, but may be worth a try.

If you try it let me know if it worked out.

I have been having the same issues. Fully loaded mag, the first round wont chamber properly. I will try the brush. I just use a bore snake to clean my KRISS. And a nylon tooth brush to get into crevices.