I will update this as I haven't documented all the differences. But I picked up a KWA Vector yesterday. I could not leave it stock haha.


The KWA Vector has threading. In airsoft the common threading is 14mm negative. But the KWA Vector has 16 mm positive. The same as the Tokyo Marui HK MK23 Socom pistol. Which I have, so I was able to put my suppressor on it.

Comparison of the KWA vs my CRB 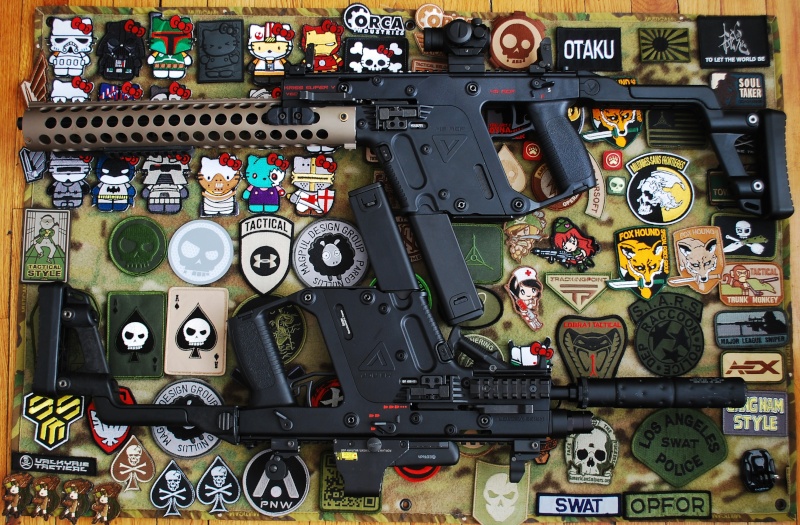 This is my Night Vision setup. Vampire head is a bit big, it does not allow the use of a suppressor. The new vampire e series head is slimmer like a E1B head so that will solve the suppressor problem. 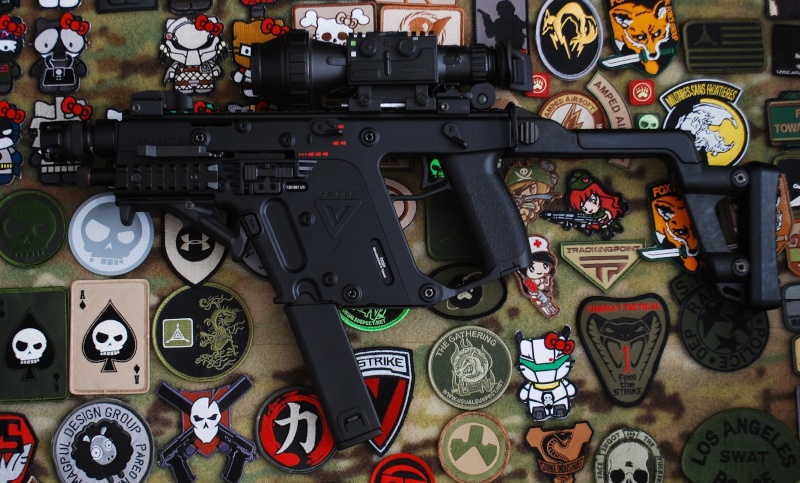 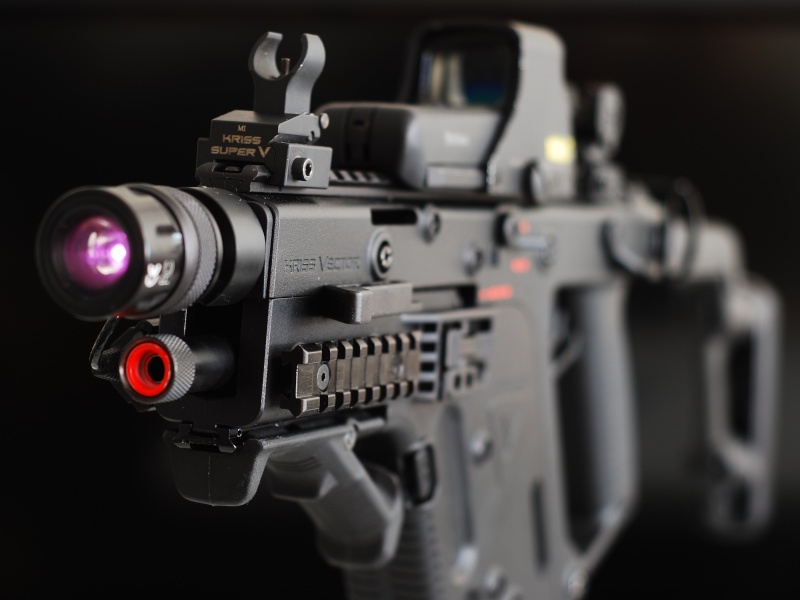 Here are some things I noticed. The KWA Vector feels lighter without the magazine. Cause the magazine is a giant hunk of metal that contains propane propellant.

Another issue is the plastic used for the polymer housings is a brittle abs like plastic. I already cracked the upper housing trying to drill the hole for my SR07 tape switch. The polymer housings have a texture to them but the real steel housings don't.

The rails are made of some heavier metal. I am having my wife analyze it tmw at work. She has phd in Material Science Engineering and can analyze it. It is much heavier than the aircraft aluminum side rails used on the real steel Vector. Also KRISS ARMS bottom and side rails are the same, with the exception for the holes drilled for the side mounting points. The real rails have a slot killed out the length of the rail. The KWA side rail doesn't have this.

The stock latch button on the KWA Vector is also made of metal whereas the real Vector is polymer.

The grip storage is not Magpul compatible. I tried different core inserts and none of them work. They fit but don't lock in place so they fall out.

The BUIS on the KWA Vector are the Midwest Industries design but lack any markings.

The Vertical grip is a neat accessory but I prefer my modified AFG2 so I can access the SR07 on the right side.

I test fired the KWA and it seems slower than the real steel SMG. I will need to video tape it and compare the video from SHOT Show.

So your saying that the magpul MIAD 123 or AA core did not fit into the grip?

Added while you posted -

So your saying that the Magpul MIAD 123 or AA core did not allow it to latch closed?

The MIAD cores have a dovetail like protrusion that mates with the inside of the grip. The KWA foesnt have this. So the cover fits but immediately falls out.
_________________
Most of the information I find and collect about the Kriss is documented on my facebook page.
https://www.facebook.com/pages/Kriss-Super-V/157275704339968