Update: I finally got the Freefloat rail project done. The delay was from trying to get a two gunsmiths to machine the rail for me. One guy is good at trigger jobs and such but not creative. The second guy is creative but declined the job. Sigh, like most of my KRISS mods, I have to do it myself.

So I got my dremel and hacked away at the top rear of the rail.

Here it is. Setup with my preferred weapon light and green/IR laser.

So some of you may have noticed that my KRISS shroud has been slightly modified for my shooting grip. 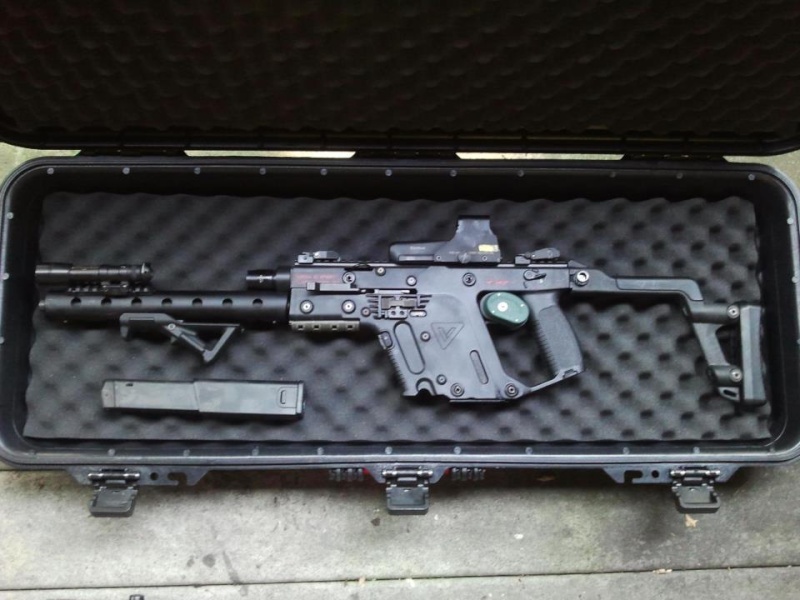 It works for what I need it.

As seen in this video of me on stage 1 at the FNH 3Gun match.

I had mentioned it earlier that shooting the carbine with out the shroud threw my 50 yd zero off paper. So I figured I would modify a free float rail to fit the KRISS. The only problem is that the Freefloat rails are too narrow and too short. If I want to maintain the length of 12 inches to cover most of the barrel and shroud, then I would need a 15" rail. Not too many companies make 15" rails. And those that do, seem too narrow to fit the shroud inside them.

Well while working Stage 1, I was admiring a kid's freefloat rail. His father was on the same squad shooting and he said he has extras, as they were given to them by their sponsor, Midwest Industries. I got his information and we worked out a deal for the first gen MI 15" freefloat rail. Best of all it isnt black!!!

So it arrived today. I installed the MI short rail and long rail to test out my AFG and light mounted. I also wanted to see if the shroud would still clear inside the shroud. Sure enough it does.

Now I need to take the shroud and KRISS to a machine shop/gunsmith to chop off some of the top so the rail can slide back 3 inches and drill some holes to mount to the two side hard points. This way the rail system will be mounted to the lower receiver and be free floating. 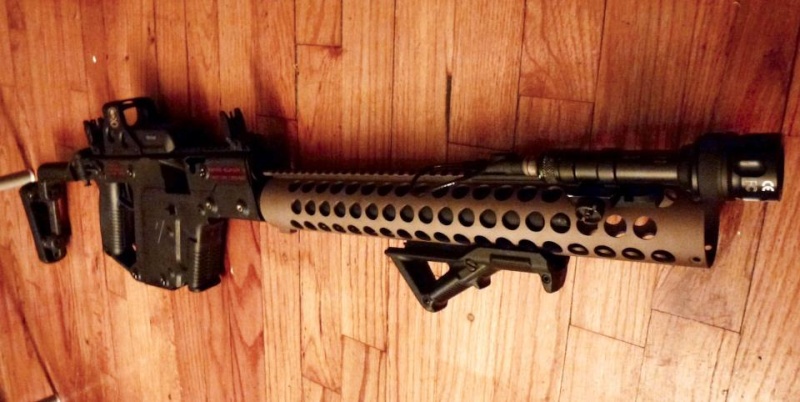 Photoshop of how it will look when it is done.

that is pretty sweet!
Is it the MI SS series, or is this somehting new?

I'm not entirely sure. The previous owner said this was the MI first gen free float.

I've been thinking about a project like this for a while so I can't wait until get this done! 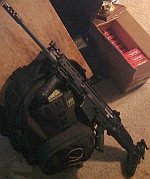 The freefloat rail is screwed to the side hard points where the factory side rails are mounted. Theoretically it doesn't touch the barrel shroud.
_________________
Most of the information I find and collect about the Kriss is documented on my facebook page.
https://www.facebook.com/pages/Kriss-Super-V/157275704339968

Disregard my post in the other thread! Bad Ass!!!!

Very nice mod. I happen to know that there are 2 existing prototype quadrail systems in progress at Kriss, and there is a scheduled release for some time this spring. Im curious to see how their product compares to yours.
_________________ 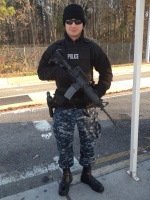 MASN_Defender wrote:Very nice mod. I happen to know that there are 2 existing prototype quadrail systems in progress at Kriss, and there is a scheduled release for some time this spring. Im curious to see how their product compares to yours.

who wants to play guess what Kriss will charge? I'm going with $399

Finally finished my front rail. Let me know what you all think.

And a short video
http://imageshack.us/clip/my-videos/23/z7kxdrmysqvrtprywlifdx.mp4/

Well, it was a lot easier than I expected actually. I just got on amazon and ordered a free float quad rail for like $15. It is a two-piece rail, so the top half and bottom half bolt together. The only problem I ran into is that the stock bolts aren't long enough because the shroud is so thick, and the rail is actually a little oblong like an oval when you put it together. But the top section has the top rail and side rails while the bottom section is just the bottom rail, so with some longer screws I could leave a little gap because the side rails themselves were not split. Then I just cranked down on the bolts until they don't budge. My first range test resulted in a little slippage from the shock, but at that point I only had the front bolted down. But since then I have gotten the back screwed on as well, and it is super tight. So yes it's technically fixed to the shroud, but nothing actually screws into it.
_________________

Ok. It should be fine. I would test out your zero at longer distances just to be sure. Also be careful as you put things on the rail, since the shroud is pinned to the barrel, any force will be applied to the barrel.
_________________
Most of the information I find and collect about the Kriss is documented on my facebook page.
https://www.facebook.com/pages/Kriss-Super-V/157275704339968

Solscud007, what rail did you use??? I am really interested in this.